All You Need to Know About the Double Breasted Suit

If you pride yourself on keeping close tabs on men's styles, you probably realize the old school double breasted suit is the new school go-to look for the fashionable metro-male. However, if you don't know how to pull it off, you could look like a fashion train wreck. Here's the basics for rocking a double breasted suit in high sartorial style.

Yes, there’s a certain element of mafia hood about the double breasted suit, but try not to let its relationship with the gangsters of yesteryear sully your opinion of this classic suit. 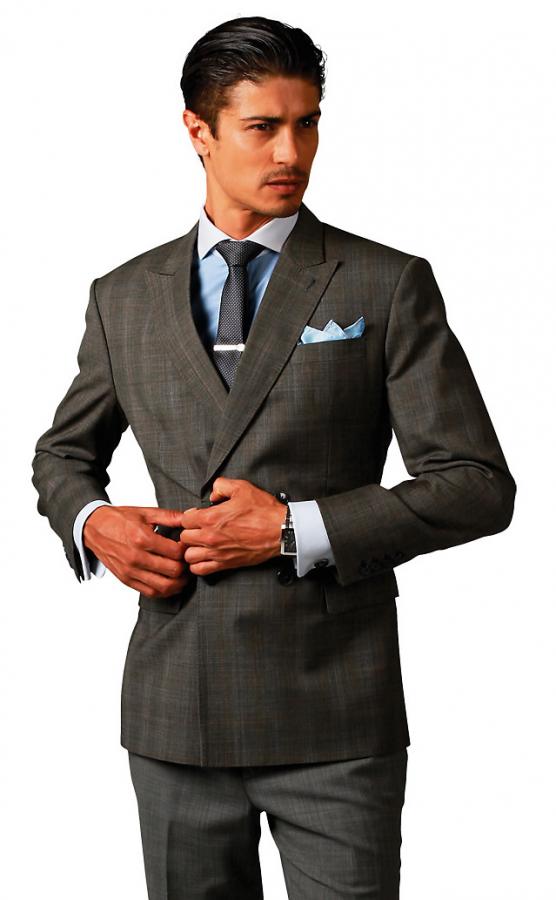 Our preoccupation with Godfather-esque movies over the last few decades has burned the image of the double breasted suit-wearing bad guy into our minds, but we’re here today to change that perception and shed some light on the less popular but no less suave double breasted suit for men.

What is a double breasted suit?

The only difference between this and its counterpart is the single breasted suit jacket has one row of buttons but the double breasted has two. When closing the jacket, the left side folds over the right side and is fastened with that row of buttons. Simple right?

So why is it becoming popular again?

There is a belief this suit went out of fashion back in the early 80s, but the truth is, it was always moderately popular among certain circles. Believe it or not, there was a time in the early 90s when young Wall Street stockbrokers of wolfish dispositions took a liking to the double breasted suit and made it their own. Jordan Belfort ring any bells?

But enough about power players and gangsters - why do you need one in your wardrobe today?

What should I know about it?

Like you should know your single malt from your blended before heading into that fine whisky establishment, you should have a basic knowledge of the double breasted suit before calling in your tailor.

There are two button configurations:

6x2 is the classic design where the jacket has three buttons in each row but only two of which are functioning. This is the quintessential double breasted jacket style and was by far the most popular in days gone by. 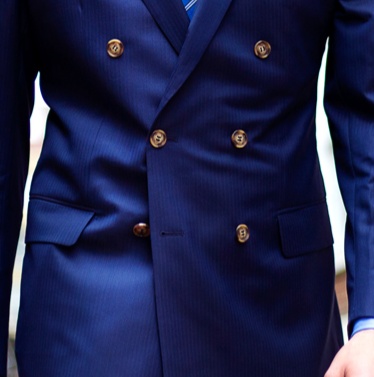 4x2 is ideal for the shorter man as there is a lot less going on at the front of the jacket, and it has a tendency to elongate the overall look. Like we said, perfect for men shorter in stature.

And then there’s the anchor button which, as you may have guessed, anchors the jacket and prevents it from opening. This is on the inside and should be kept closed at all times.

‘Thou shalt wear only peaked lapels with your double breasted suit’ said the god of tailors.There is nothing else we need to add to that.

While having no vents offers a more appealing, and certainly more flattering silhouette, there’s no chance you’ll be sitting in comfort while wearing your jacket.

Side vents are a much more comfortable option but may add some bulk to your look. So our best advice would be:

Should you be bold enough to try one? Yes, of course. And the best thing about double breasted custom tailored suitsis there’s no need to worry too much about accessorizing as the suit itself is quite a bold display of sartorial swagger.

So if you’re thinking about adding this wonderfully suave suit to your wardrobe, pop into our showroom and we’ll help you double up on style in the best possible way.