The theory that pink is for girls holds no weight in the world of fashion. In fact, the one-time power colour of the eighteenth century is slowly but surely making its way back into mainstream formalwear.

You see, real men wear whatever colour they like, and it just so happens a lot of us have a fondness for the pale red we call pink.

But aside from personal tastes, what are the other reasons for stepping out in a coral dress shirt?

It gets you noticed

If you’re a regular reader, then you are well aware we preach subtlety in all of our suiting and clothing advice. So, why are we suggesting such a standout colour?

While Robert Redford’s pink Ralph Lauren suit in "The Great Gatsby" is one of the most iconic suits in cinema, we’re not suggesting you follow his lead. Take a slightly more reserved approach with a dress shirt in a pale shade of pink. This is just enough of a change from the standard white to catch people’s eyes yet subtle enough not to draw too much attention. 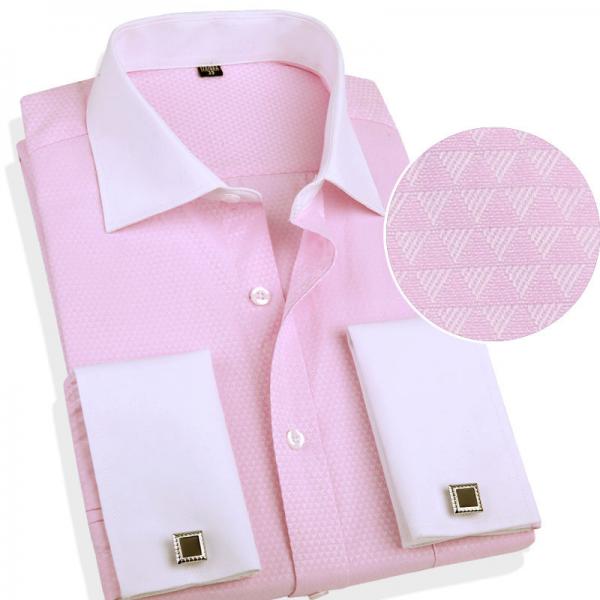 People also tend to pay more attention to individuals that set themselves apart from the crowd. By accessorising with a pink pocket square or tie or sticking with that pink dress shirt, you’re telling people you are a man confident in his style choices.

It’s a masculine colour (sort of)

While we’re loath to adhere to gender stereotypes, we just have to highlight the absurdity of pink being considered a purely feminine colour.

In the eighteenth century, men were known to wear pink suits and considered the colour a powerful hue owing to its close association to red, a true warrior’s colour. It’s also true that at one time, due to the expense of dying fabric, having pink clothing was considered something of a status symbol for men.

These days our minds are conditioned to think the colour is now a feminine one, but this trend only started in the 60s when parents started to dress baby girls in pink and boys in blue. The reality is all colours are gender neutral and the quicker we get back to that way of thinking, the better.

It attracts the eyes of the opposite sex

If you are out to impress a fair lady, then pink is your go-to colour. Scientists have discovered women’s brains may be hardwired to like pink. The study found infers that due to gender roles back in the caveman days, women seeking berries evolved in such a way that they now find themselves naturally drawn to reds and pinks.

If this is true, then it stands to reason a pink tie in a sea of blue will send out all the right signals to the opposite sex.

It’s the ideal partner for almost any other colour

Pink is an incredibly versatile colour that people of any skin tone, wearing any shade of suit can wear in comfort. Grey suits, black suits, navy suits, and yes, even pink suits all look better when paired with a pink tie or a pink dress shirt.

The contrast between darker shades in particular highlights that self-confidence we spoke of earlier and lends an air of sartorial savviness to the wearer -and you know how we love a bit of savviness.

So next time you’re picking new shirts or ties, don’t pigeonhole yourself into the supposedly masculine colours we see on the high street every day. Think pink and without doubt, you’ll stand out from the crowd.