The Most Iconic Cars in the History of Cinema

If you’re asked to name your favourite car from the movies, you’ll most likely find yourself completely flummoxed at the sheer numbers of iconic cars that come crashing through your memory banks. Doc’s DeLorean, Herbie, and Bandit’s Trans Am are just a few that spring to mind and that’s discounting all those TV automobiles like the A-Team’s van and the Duke boys’ General Lee. But just to narrow down the field we decided to name only cars that were driven by suited men and here are our personal favourites.

James Bond’s Lotus Esprit – The Spy Who Loved Me

A classic to start us off. Roger Moore as James Bond excelled in the role and with this film set in the 70’s what better car for 007 to nip down to the beach than the Lotus Esprit, in white, of course. It was a time when wide lapels and flared trousers signified style in spades while this car epitomized the futuristic ideals of car designers at the time. And not only did it look good but it turned into a submarine! This car checks all the boxes for us as did 007’s brown suit that so subtly evoked images of his many safari jackets throughout the Moore years. 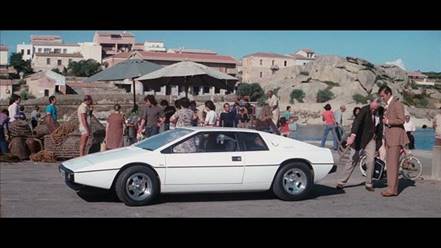 A car that had already piqued the interest of the European car driving public throughout the 60s captured their hearts in the original Italian Job film. The scenes of chaos as the Mini Coopers evaded the authorities leaving behind a trail of police car wreckage on the streets of Turin are the stuff of cinematic legend. The Minis became the must have car and we’ve all secretly wished we could drive one down some steps in the middle of a city. As for Mr. Caine and his many suits, well, we could do an entire post on that sometime. Suffice it to say, he was extremely well turned out.

Yep, this film has it all as far as we’re concerned and while many of the cars on lists such as these appear shining in all their glory, this battered old Dodge looked like it would take some beating and take a beating it did. If you haven’t watched this film for a while, then watch it this weekend. We guarantee that within minutes you’ll be pulling out the black suitand shades. 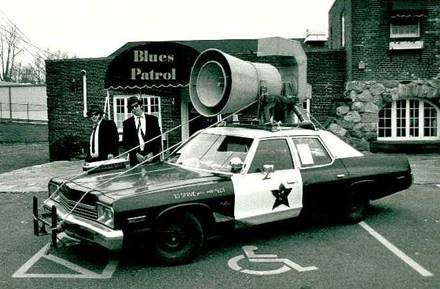 We’ve all taken a day off we shouldn’t have, but we didn’t all have a friend who’s dad collected classic cars that he valued more than life itself. Ferris looked the part in his Grey suit and skinny(ish) tie and the car simply sealed the deal. Were we jealous? What do you think? 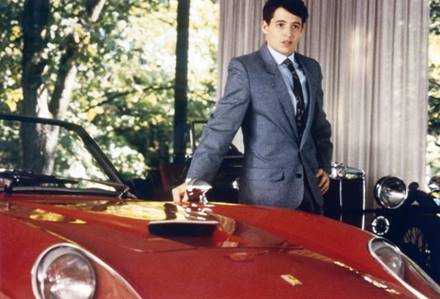 And last but by no means least, the DB5. It’s appeared in more Bond flicks than you could shake a poison-tipped umbrella at but it’s in Goldfinger that we like it best. This is most likely because the man who oozed class and style, Sean Connery, made the world fall in love with Brown Tweed jackets all over again. His perfectly tailoredhacking jacket screamed distinguished gent while that Aston Martin’s classy body concealed the 4.2-litre beast that lurked within. 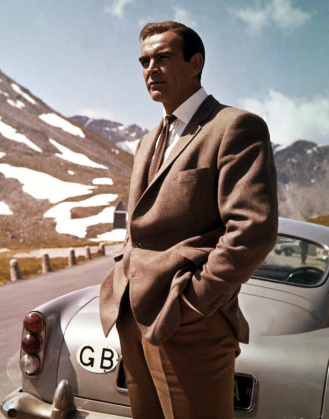 Now it’s time to dig out the driving gloves and go for a weekend drive along the coast, we just wish it was one of these iconic cars we were cruising along in.