Do You Know the History of the Suit? 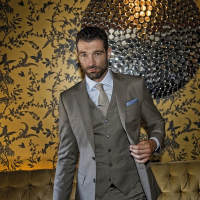 It’s been four centuries and counting since the uniformed look infiltrated the world of men’s fashion but what do you know about the history behind that custom tailored three piece suit that you wear so well? Have you ever thought about the evolution of the suit? We thought not, which is why we’ve decided that it’s time you knew a little more about origins of the stroke of sartorial genius that is the modern day suit.

Where it all started

We have King Charles II to thank for the uniform we now take for granted as the epitome of gentleman’s clothing. He was evidently a man of great taste and style and wished to impart his fashion wit upon the masses. And so he decreed that a long coat, waistcoat, cravat, breeches, and wig must be worn at court, an ensemble that bears a striking resemblance to the business suits of today, minus the wig of course.

He was no doubt influenced by the French at King Louis XIV’s court but it is he who most often credited with beginning a trend that we humble folk are loath not to follow.

The start of something beautiful 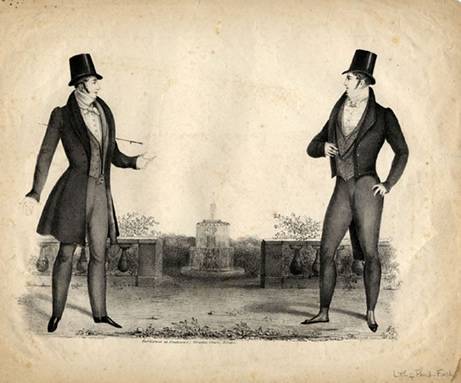 During the early 1800s, Beau Brummell took the King Charles look and transformed it into something more appealing to the discerning gents of Britain. He softened the look by using muted colours and adding the necktie into the mix. He also decided that matching the colour of the three main parts of the look (the suit) was another possible option. Little did he know that he was starting a trend that would last for centuries. In fact, he is so revered that there is a statue of him at London’s famous Jermyn Street to this day.

By the mid-1800s, we saw the introduction of the frock coat for everyday wear and the morning coat for formal day wear. This was also around the time that the dinner jacket came into existence to be worn at the most formal of formal events. You and I know that this later became the good old tuxedo once it hit the states.

Evolution in the early 1900s

At the beginning of this century, the frock coat’s popularity took a nosedive, an occurrence that we are ever thankful for, and the morning coat became standard business attire. By the 1920s, suits were the most common form of clothing worn by men. But it wasn’t a world of coattails and cravats, those were reserved for formal events and the gentry. The common man made do with the short jacket suit that we have come to love so well.

By the 1930s, suits had become loose fitting and baggier than we now prefer, a style that persisted for two decades and a time that is best forgotten considering that it coincided with the war. 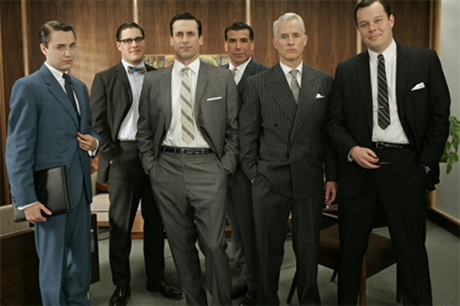 This was when things got simpler and decidedly more dapper. Tailors began to experiment with straighter cut styles and smaller lapels and apart from a couple of dubious decades during which taste seemingly forgot to make an appearance – the 70s and 80s – the suit has maintained this slim silhouette and these dashing lines. Today the modern gent, especially the younger ones, seek out more fitted suits - often referred to as "slim fit." As their name suggests, slim fit suits afford less room for movement, but in doing offer a striking silhouette as they are tapered to show off a masculine figure.

Now we can’t promise to know anything about recreating King Charles striking look but we do know a thing or two about the current styles best suited to the modern man. So take a look at our latest mens suit collection or make an appointment for your date with the sartorial wizards that are Montagio.