Sartorial Songsters - 5 of the Best Dressed Musicians in Suits

It’s not often that we have time to watch a few music videos down at Montagio HQ, and each time we do, a little piece of our heart breaks and yearns for the days when musicians knew how to rock a suit. But even in this modern world of oversized branding and sagging jeans, there are a select few that display a certain sartorial savviness that suggests that all is not lost in the world of men’s fashion. These men who blaze a trail for formalwear addicts the world over should find themselves on a pedestal where they rightfully belong.

Who? Don’t worry, we had the same reaction. But regardless of whether or not you’ve heard this American singer-songwriter’s name or his debut single ‘Classic Man’ you have to admit the man has some serious skills in the formalwear department. 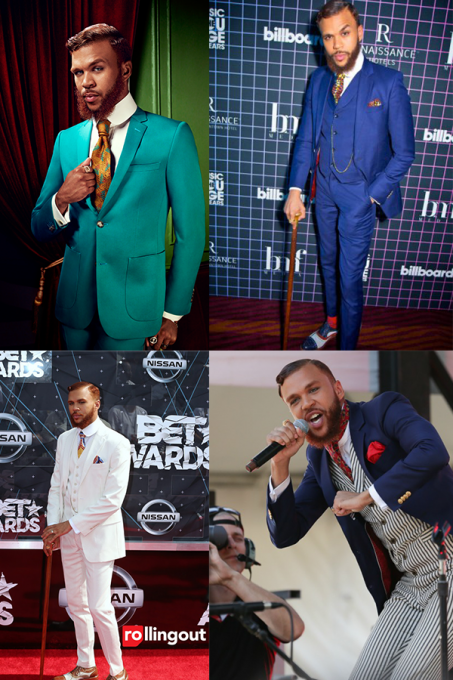 His style most often incorporates suits of unusual hues and is accessorized with bold and brash patterns. A man who isn’t afraid to take a chance, but that still retains enough of the classic style to evoke images of 50s crooners.

His name is synonymous with going a certain way, and while he’ll always be the consummate leather and denim wearing rock star, he’s also one of the more sartorially adept guitarists out there. These days Lenny is more likely to be found at a film premiere than a gig and his newfound movie stardom has seen him make an ever so slight adjustment to his once eclectic wardrobe. 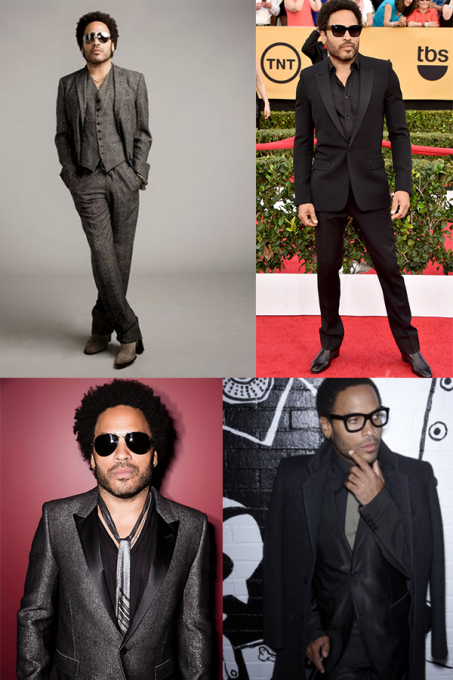 Okay, so when we say slight we actually mean a massive change. Gone are the silver leather pants and the feather collared shirts to find themselves replaced by something altogether more apt for a man with an obvious flair for style.

It’s not often that a modern day rock star of Flowers’ standing is thought of as a style icon but to his legions of dedicated fans that’s exactly what the Killers frontman is. From leather jackets to leopard print tees, this man has a certain knack for effortless cool and no we’re not jealous, no sir, not at all. 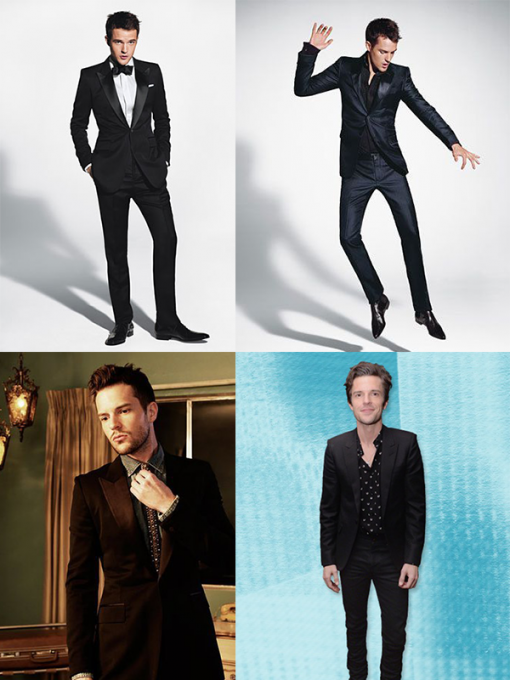 While it takes the rest of us an age to perfect our look, guys like Flowers seem born to wear suits. And it matters not if they’re thrift shop bargains or custom tailored suits, he always finds a way to make that suit his own.

While Frank Ocean is by no means a stranger to style, (he’s a best-dressed celeb list regular) it’s more common to see the Grammy winner in an uber dressed down state. He’s another one of those men like Brandon Flowers who looks like he grabbed the first thing he touched in the closet and somehow made it work. However he’s no stranger to awards ceremonies and when the red carpet calls Frank answers in style. True, he rarely looks happy but who needs to smile when you can rock a white dinner jacket like that.

In 2013, Tinie Tempah decided that the earnings from his Gold-selling Demonstration album would be best spent on the finest collection of tailored suits outside of the 007 wardrobe department. Don’t believe us? Google the dapper fellow and you’ll see what we mean. 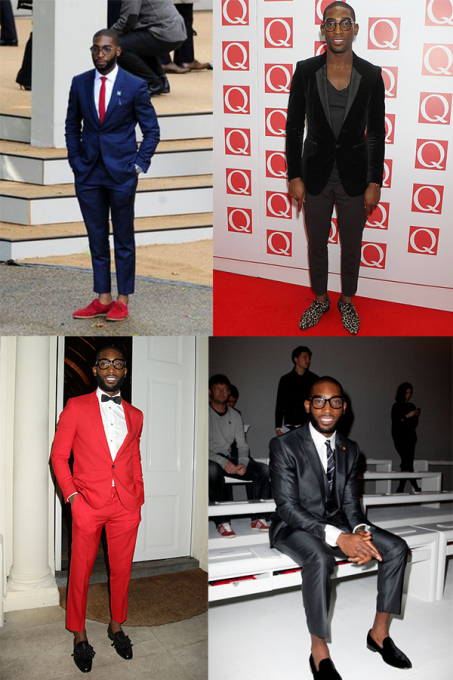 This is a man who understands the subtle nuances in the world of tailoring (or pays a man who does) and it shows in every single public appearance he makes. If you’re looking for a red carpet showstopper, then this is the man to inspire you.

An honorable mention goes to Nick Jonas who is a wonderfully stylish man but as far as music goes is a little too pop for the musical tastes of the men at Montagio. Care to introduce us to some of your tunes? Then pop in for a fitting and bring something new that we can have a listen to.