How to Celebrate St. Patrick's Day in Sydney 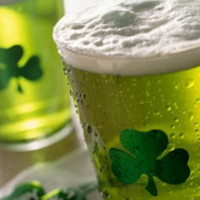 Whether you’re Irish or not, there’s just no escaping one of the world’s most famous holidays – St. Patrick’s Day. It’s the day when half the population of the world claim Irish heritage of one form or another. And with the Irish making waves in the ICC Cricket World Cup, there may be even more cause for celebration come the 17th. So here’s our list of things to do to get you in that Irish frame of mind – Sydney style.

Tuck into a Full Irish Breakfast

You may or may not know what a full Irish breakfast consists of, but it’s definitely something that has to be seen to be believed. Sausages, fried potatoes, bacon, egg, beans, soda bread and best of all, black and white pudding. They say breakfast is the most important meal of the day and it seems that in the Emerald Isle they take that quite literally. Twenty 8 Acres in Darlington is one of the best spots in town to get your full Irish morning fix and they’ve even got a few lunch specials for the day that’s in it.

Did you know that the Sydney St. Patrick’s Day parade is one of the top five parades in the world and that it’s the largest Irish event held in the Southern Hemisphere? Well, now you do. But in actual fact it’s much more than a simple parade. The celebrations organised around the parade each year include a family day held in Hyde Park North with plenty of live music, food and fun activities for the little ones. This year’s parade begins at midday on the corner of Bathurst Street and George Street. For more info on the route and activities check out their official site right here. 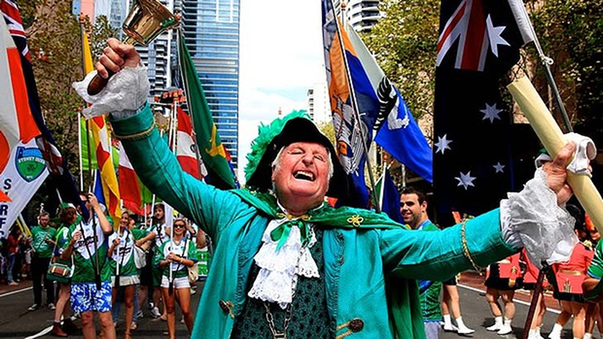 Or a Seisiún as they are known back in Ireland. Any Irishman or woman will tell you that music is in the blood of the Irish so check out some traditional Irish music to see what all the fuss is about. P.J. O’Brien’s Irish Pub are making a day of it on the 17th with Irish music and dancing from 8am to 11am. And if you can’t make it on the day, they have their usual traditional Irish Sunday every week with plenty of music and entertainment throughout the day.

Otherwise known as having a pint on Paddy’s Day, it’s the last thing on our list for a reason. After a long day of foot-tapping and parade watching, what better way to relax that with a pint of the black stuff. They say it puts hairs on your chest and that the best pint of Guinness in Sydney is said to be found in The Mercantile - but we’ll let you be the judge of that.

So to whatever you’re doing on St. Patrick’s Day bottoms up!