4 of the Best Breakfasts in Sydney

If there’s one thing we Australians love it’s a good breakfast. Brunch? Not at all, if it’s before 12 then it’s breakfast, and here in Sydney, we’re blessed with an array of eateries that serve up some of the very best. So if your schedule allows it, ditch the cereal and milk and head to one of these venues where the most important meal of the day is given the respect it so fully deserves. 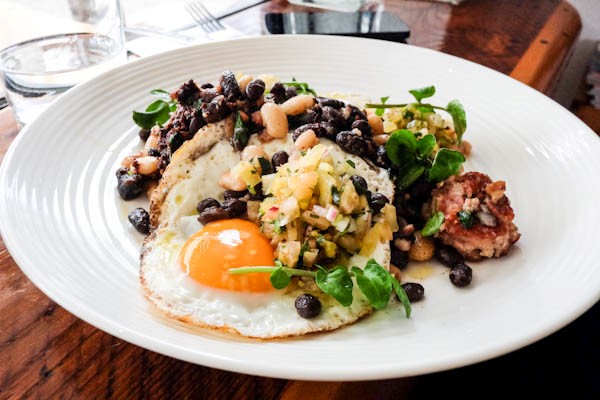 Yes, Petersham is a little out of the way for us here in the CBD but Brighton the Corner is well worth the bus ride. If you’re keen on starting your day with zero food related guilt pangs, then this excellent little coffee shop is your nirvana.

House-made sodas low on the calorie count and various leafy greens shredded, sliced, diced, and sometimes pickled will have you feeling like you’ve hit your vitamin and mineral RDA in one mouthful. But as you may have guessed, we’re not ones for worrying too much about that kind of stuff, and it’s the breakfast dessert (yes, breakfast is a meal and so is entitled to a dessert) that we’re quite partial to. If you dine here without sampling the crumpets, then consider yourself a philistine.

If you know your breakfasts, then you’ll know this as an ever popular restaurant located in Surry Hills. Thankfully sampling their banana bread with espresso butter is no longer a weekend jaunt as they have opened a hole in the wall location right here in the CBD. It’s not as homely as the Surry Hills location for obvious reasons, customers here tend to be the grab and go variety while those that do sit don’t usually have much time to linger.

But the décor is the only difference between the hole in the wall and its elder sibling. They still serve fantastic coffee and have Wild Kombucha on tap which if we’re honest makes us feel like we’re squeezing a sneaky morning cider in before work. 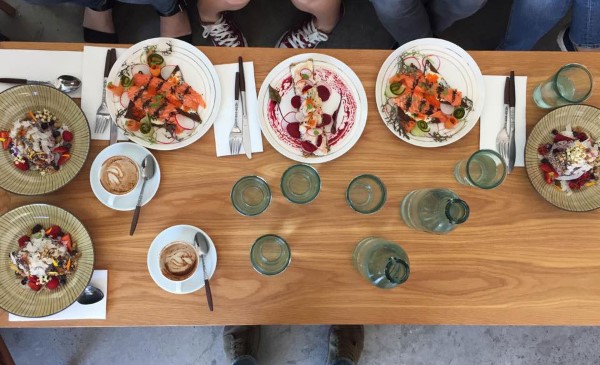 Now it’s not often that you get to use the words Viking and Samurai in the same sentence, so we’re going to make the most of this. Whether you have the appetite of a Viking or the acquired tastes of a Samurai, you’ll leave Darlinghurst’s Edition Coffee Roasters with a little less angst than usual within your warrior soul.

The previous chefs of both Swedish and Japanese/Korean heritage have left their stamp on both the menu and décor of this fusion restaurant. If the thought of mushroom consommé floats your boat, then you’ll love the menu which also includes a delectable Swedish chowder called fisksoppa. But it’s the coffee that’s the real star of the show here with a selection of brews that range from smoky to those with citrusy undertones. Trust us; you won’t find a better place for coffee in the city. 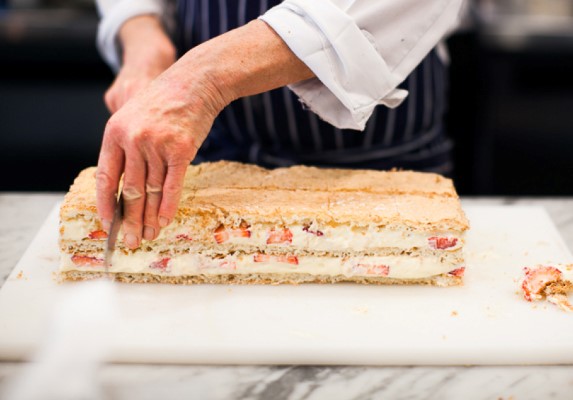 I know we shouldn’t but if a patisserie is open each morning at 8.30 then it would be rude not to pop in at least once a week. Lorraine’s is not too easy to find, but it’s well worth asking directions for. Run by Lorraine Godsmark; this fabulous little patisserie is one of Sydney’s finest. And if you have a sweet tooth (who doesn’t) then this could signal the end of your high hopes of sticking to that diet.

This open plan shop is full of the aroma of freshly baked sweetness with a team of bakers working their magic right there in front of you. It’s pretty tough choosing from the menu, and we won’t lie, there’s very little that we don’t like. But if you’re very lucky, you just might get to try Lorraine’s date tart which she makes only a few times a year.

We could quite literally write a book on the culinary delights that can be found on sunny Sydney morning but these four are definitely among our favourites. However, we’re always open to suggestions so if you think you know where to find the breakfast of champions then pop into the showroom next time you’re in the CBD and share your favourite breakfast haunt with us.