All You Need to Know About Coats

If you are a true Sydneysider, then you most likely shun the thought of winter apparatus such as jackets, gloves, and heaven forbid, a heater. In fact, we’re well known for being comically shocked each year that Winter can be pretty damn cold in the best city in the world. So that’s why we’ve decided to throw tradition out the window this year and prepare ourselves by doing a little research on the fabled outer garment known as the winter coat.

Often considered the most versatile of coats, the peacoat is one of the simplest yet most elegant coats that has stood the test of time. In fact, there’s every chance that you’ve got one of these fine pieces of workmanship in your wardrobe right now.

It’s a durable coat that has never gone out of style and the fact that it is suitable for both formal and casual wear makes it a must-have garment for any discerning Sydney gentleman. This particular style goes very well with slim fit suits as it has a figure-hugging cut that creates an extremely flattering silhouette. 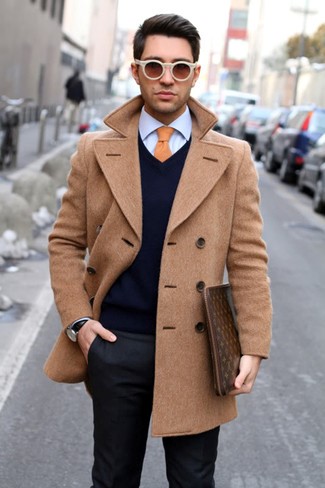 A timeless classic, the trench coat is one of those garments that has fought wildly against the currents of sartorial evolution and remained firmly in its original form. Now don’t start with the “Won’t I look like Inspector Clouseau in that?” nonsense. Yes, it’s the go-to coat for everyone’s favourite bumbling Frenchman but unless you’re sporting a rather 70s moustache then, no, you won’t look like a European detective. We’d rather think of ourselves as the Humphrey Bogart types anyway.

This coat is perfect for the taller man but is still fine for those of us that are under the 6ft mark once it’s not too far below the knee. Ideal for the daily commute to the office or madcap diamond hunts around Paris. 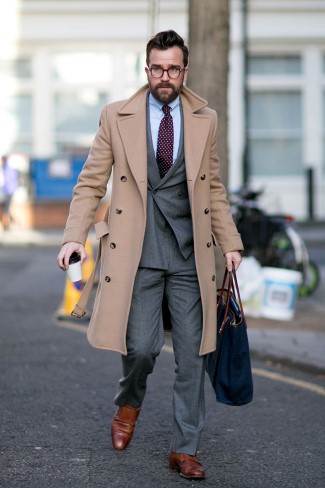 Go ahead and try to conjure up an image of what you think to be the quintessential British businessman walking through that gloriously foul weather in London. Was he wearing a trench coat? While it may have looked like our previously mentioned trench, it was in fact, a mac. And what is a mac?

A mac is everything a trench coat is with the added superpower of being impervious to the weather. In other words, it’s rainproof. There’s not much call for it here in Sydney but we can’t talk winter coats without mentioning a classic like the mac. 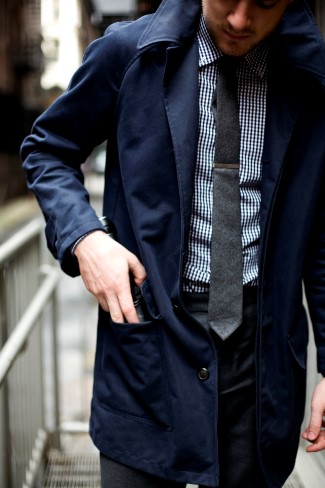 Now if you’re all about making a statement (and who isn’t these days), then the herringbone is a likely candidate to be your coat of the year. It’s a classy style that is eye catching in the best way possible. It’s understated yet noticeable, and trust us; that is where you want to be.

The herringbone design is quite common in tweed and it’s perhaps this that lends the coat a distinguished air that no other outer garment can quite manage so well. And while the majority of styles favour lighter greys, we think you shouldn’t be afraid to opt for a darker colour. 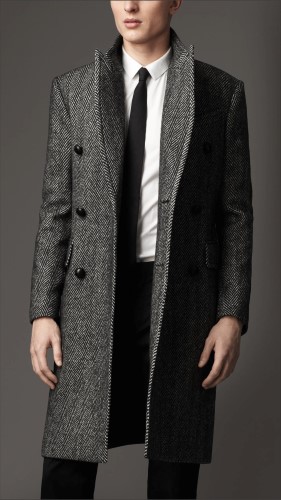 Forget your old army surplus parkas; the military coat does not have to be green in colour or the size of a small tent. What we’re talking about here is a formal military style that usually has two distinctive rows of buttons.

Most would consider this a casual coat but we reckon those with a ‘he who dares’ attitude to style should be able to pull this off with a slim fit suit. Be careful though to avoid the overly shiny buttons and piping preferred by the New Romantics of the 80s; that would be all kinds of wrong. 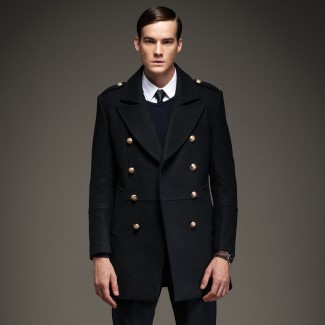 Now it’s still only April so we’ve given you plenty of time to get yourself ready for the impending doom that is the cold weather. So do yourself a favour and rather than shivering through your daily commute, invest in a quality winter coat that will not only keep you warm but will also last a lifetime and quite possibly never go out of style.