If you think the cummerbund is some antiquated, unnecessary formal wear accessory, think again. The well-dressed gentleman would not be seen in public without his cummerbund, and neither should you. Here's four excellent reasons for including it in your wardrobe.

‘Would you like a cummerbund?’ is a phrase heard all too frequently these days and more often than not, the answer is in the negative. The tailors of yesteryear are, no doubt, turning in their graves to hear such sartorial blasphemy and to be honest, we’re at a loss as to why menfolk these days are averse to a well-placed cummerbund. Is it all down to a lack of understanding of this one-time essential piece of formalwear?

Where did it all start?

Picture the scene: 1850's, India, and you as a British officer in His Majesty’s Army are invited to dine with your superiors and a few local dignitaries. You know the drill, full military dress and buckets of sweat at the table. If only you could wear one of those sashes around your waist like the local men do instead of your stuffy waistcoat. A Kamarband they call it, and by golly gosh, you’re going to do it and to hell with convention.

And that is how is started. A hot and sweaty officer borrowed a piece of Indian attire, and his fellow officers followed suit. And when the tuxedo debuted in the early 20th century it didn’t take long for some bright spark to replace his waistcoat with the Kamarband, which would become the cummerbund that we know today.

That’s right; the cummerbund is an Indian style innovation. We’re quite stoked about that, to tell the truth.

What is it for?

If you look carefully, you’ll notice that all of the working parts of the tuxedo are covered or dressed. This is one of the founding principles of the tuxedo, and you’ll rarely see one without covered buttons or a satin strip on the seam of the pants. 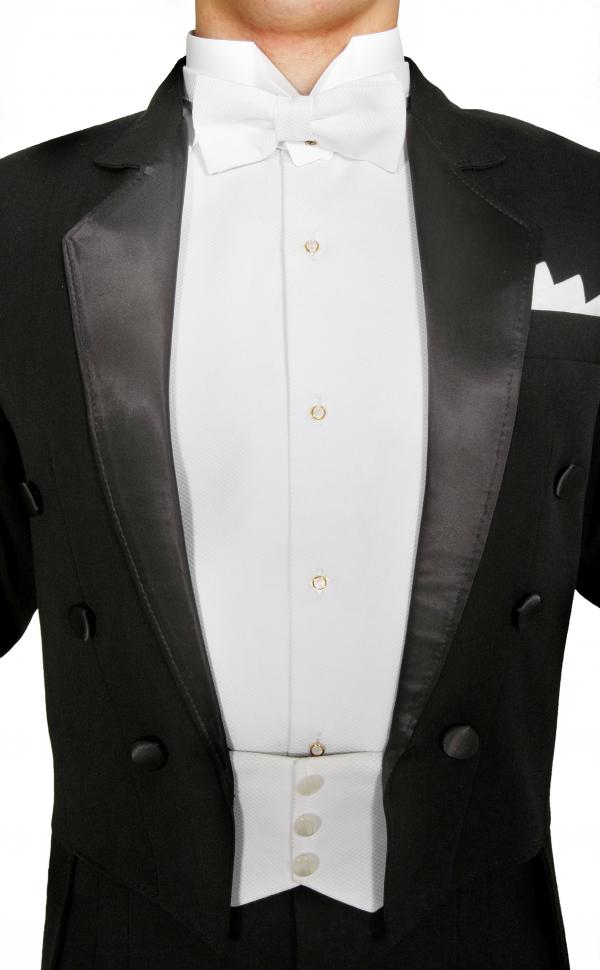 So it stands to reason the waist in all its bunched up shirtiness should hide behind a smooth and sleek cummerbund.

How should I wear it?

It might seem like putting on a pair of socks; it’s that simple, right? But just like you can get the heel of your socks all crooked and uncomfy, so too can you make a mess of the cummerbund.

First things first, make sure to wear it the right way up. The pleats should be facing up, and there’s a good reason for that which we’ll get to later. Most importantly, though, is where you position it. Make sure to wear it around your natural waist at the point where half of it is covering the top of your pants and the other half the bottom of your shirt. Anything else just looks wrong.

Why should I wear it?

Aside from the fact that it looks incredibly stylish, there are a few other reasons to wear one.

While there are many occasions when it is possible to remove a cummerbund and even a waistcoat from the tuxedo equation, we still think if you’re going to go with a classic formal look, then you can’t beat this small piece of sleek fabric for a refined and elegant look. Just remember , for formal black tie events, always match the cummerbund to your tie. If you'd like some personalised attention to make sure your cummerbund gives you the appearance you're looking for, pop into our showrooms or BOOK YOUR FITTINGwith one of our staff.