The Three Suit Trends That Will Rule in 2017

It’s that time of year again when we look at the sartorial trends that will determine how we dress for the coming twelve months. Are double-breasted suits going to make yet another comeback and will navy remain the mainstay of a man’s work and casual looks?

We’re not sure that navy will ever go out of style, and the double-breasted suit is the comeback king, so let’s see what else is on the cards.

The rise of denim

As odd as it might seem now, we can see this erstwhile worker’s fabric cementing its place as a luxury fabric in the world of tailoring. People are understandably snobbish about using this fabric in anything other than the most casual of clothing, but with finer weaves and striking colours; it’s not inconceivable that we’ll all have a denim suit in our wardrobe within the next few years. 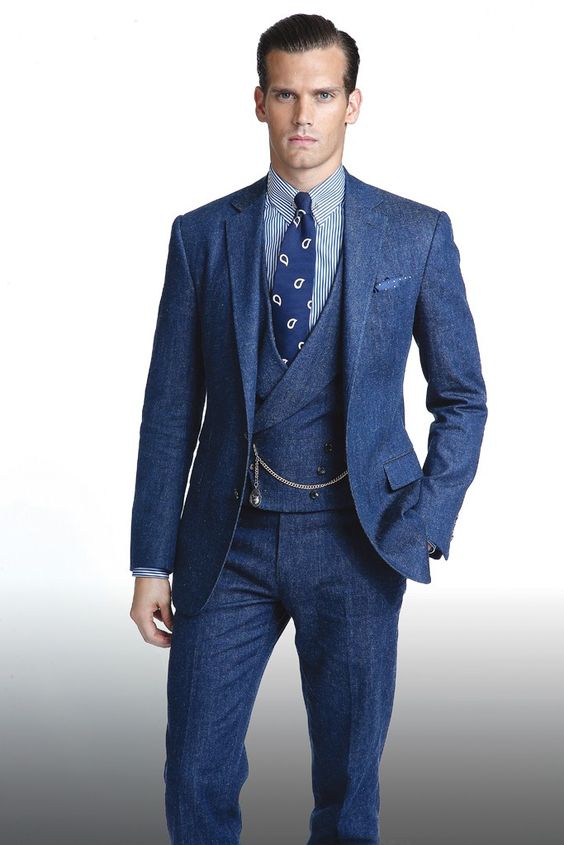 Indeed, if Ralph Lauren’s Purple Label can create a three-piece denim masterpiece with a double breasted waistcoat, then it could be sooner rather than later. And speaking of double-breasted.

The double-breasted suit is back …again

After Thom Sweeney offered us his take on the double-breasted suit, other designers seemed to take note, and we now see many of the major players are making room in their collections for this suit. 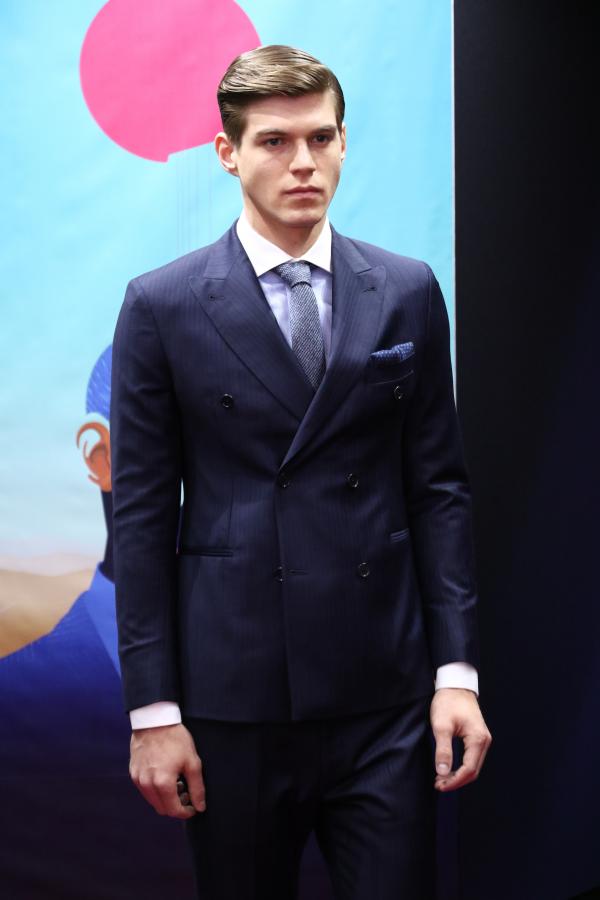 Yes, the slim lapels and slim trouser legs will remain as popular as ever, but they will face stiff and rather roomier competition. The drape of the double breasted suit is often a little on the baggy side, but we don’t think it will go back to the days of 80’s gangsters. Expect a return to a more comfortable fit that will suit those of us with a few extra inches around the waist.

Of course navy and charcoal will still be the most common sights on the high street, but we can also expect to see something altogether a little more daring. Unusual colours and patterns are in, and we will see them work their way into the suits we see on the runway.

Plaid suits and paisley dinner jackets might sound awful, but they’re not entirely out of the question. The same is true of bright and bold colours. We’ll be honest, though; we can’t really see this making it too far off the runway.

Although we can’t truthfully see either denim or wild patterns and colours becoming a thing too fast, they will certainly dominate the fashion shows of 2017. Exactly when these trends may make their way onto the high street is anyone’s guess.

One thing we are sure of is regardless of any changes in cut, style, and colour, be they slight or major, the perfectly tailored suit will always be king. So whether you fancy breaking from the norm with a tailored plaid suit or you just want to stick with what you know, pop into Montagio for a chat with us. We’ll find the plaid somewhere!