How to Wear a Pinstripe Suit - 4 Simple Tips

The pinstripe suit is making a big comeback, and you'd probably like to flaunt your fashion sense by wearing one. However, if you don't pay heed to these four important tips, you could look uncomfortable and ill-fitted in your clothes instead of self-confident and suave.

There was a time when you could tell a man’s profession from the suit he wore, and none was more indicative of its wearer’s occupation than the pinstripe suit.

Once the ensemble of the quintessentialbusinessman or banker, the pinstripebusiness suithas become a popular choice for the man that wants to sethimself apart from the masses. But how do you go about wearing one without looking like it’s your firstforay into the world of formal wear? Well, let’s answer some simple questions first.

CAN I WEAR ONE?

As you may have guessed from our previous posts, we are loath to tell you what you should andshouldn’t wear. The way we see it, if you’re comfortable, then that’s all that really matters. 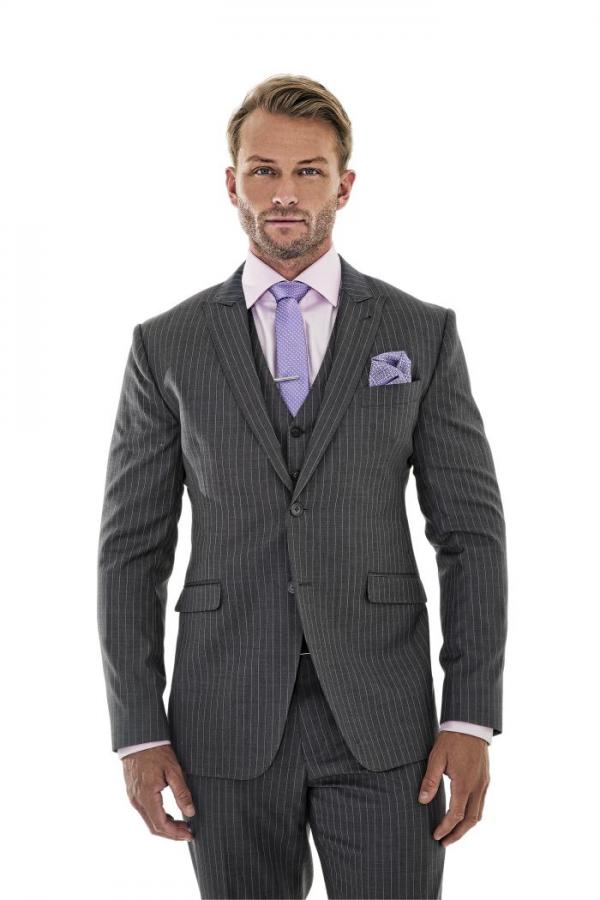 But wewould suggest taller men consider the strength of their pattern. You already look tall, and a boldpinstripe may have the effect of making you look imposing rather than impressive. Not quite what youmight want in a client meeting or an interview.

CAN I WEAR IT ANYWHERE?

The simple answer is yes. With its ever growing popularity, the pinstripe suit has become something of amainstay of formal wear. Head out to a wedding and as sure as the bride will toss the bouquet; therewill be a plethora of pinstriped men hoping their partners mistime their catch.

The office, the wedding, in fact, any event that requires a modicum of formality is a perfect setting todon the stripes.Some will say you shouldn’t wear it casually, but who says you can’t wear the pantsor even the waistcoat as part of a dressed down ensemble?

HOW CAN I WEAR A PINSTRIPE SUIT?

And now to the real meat of the post. These tips are exactly what they say they are; tips. They’re notrules, and you won’t lose any style cred in the office by not following them rigidly. But if it’s your firsttime purchasing or wearing a pinstripe suit, then they will certainly help you achieve a look that suggestsyou know a thing or two about formal wear.

Two out of three– The three main components of your look are the suit, the shirt, and the tie. And ofthese three we suggest only having two striped. So if your suit and tie have stripes, then we’d go with ablock colour shirt. Having said that…

Follow these tips and you can’t really go wrong with your first pinstripe suit but as with all other suitadvice we’ve given, we’ll once again remind you the fit of your suit is everything. If you’re buyingoff the rack, then make sure you’re talking to someone who really knows their stuff and perhaps bringalong a friend as an advisor and confidant.

Ideally, though, you’ll be popping intoMontagiowhere our team will walk you through the wholeprocess with a minimum of fuss and more than a smattering of expert tailoring advice along the way.