5 Things to Do in Sydney This St. Patrick's Day

For the many Irish people and those of Irish descent living here in Sydney, being away from home for St. Patrick’s Day is tough.

But thankfully here in the Harbour City, we have taken a shine to the Irish culture, and St. Patrick’s Day in Sydney is a fun-packed day. We haven't quite decided what we’re doing yet, but here are the options for one of the world’s most famous holidays.

Check out The Green Gathering

The parade was cancelled last year due to a lack of funding and issues with building work going on in the city centre, but the organizers were determined to make up for it this year.

After months of planning, they came up with an idea to hold a special event called The Green Gathering instead of a parade. This special event will take place on Sunday the 19th of March in Prince Alfred Park.

There will be plenty of live entertainment that includes marching bands, Irish dancers, and fun family events. There will even be a small children’s parade sometime in the afternoon and a number of stalls selling local crafts and traditional Irish goods. Not a bad way to spend a Sunday afternoon.

Enjoy a drop of the black stuff

Nothing says St. Patrick’s Day more than a pint of Guinness but with so many places in Sydney serving the famous stout that is now actually brewed here, where can you get a good pint of the black stuff? 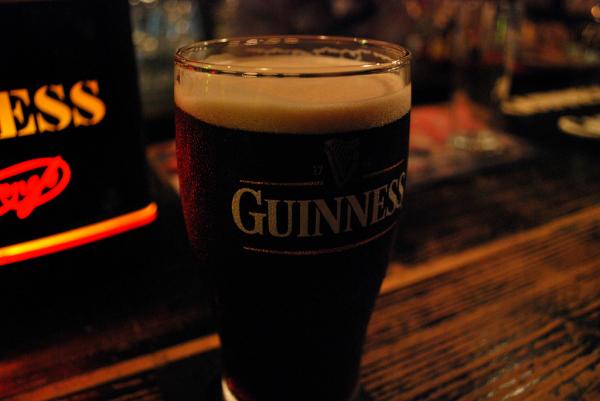 PJ O’Brien’s is possibly one of the most famous Irish pubs in Sydney, and it’s right here in the CBD. They do a great deal on oysters with Guinness, and the pints are said to taste just like they do back ‘home.'

Whether it’s a full Irish breakfast at PJ O’Brien’s or a plate or Irish stew at The Mercantile, you’re spoilt for choice when it comes to sampling some traditional Irish food here in Sydney.

But for the day that’s in it, head down to The Porterhouse for their speciality which combines Irish food and drink in one serving. Their Beef and Guinness pie with mashed potatoes, mushy peas, and gravy is an epic plate of food that will set you up nicely for a night of pints and traditional music.

Go to a session

This type of session is all about the music. Traditional music sessions or ‘trad sessions’ as they are better known are a truly Irish experience. Musicians playing fiddles, tin whistles, pipes, and of course the bodhrán play their hearts out just for the hell of it, and it’s nothing short of fantastic. A few optional (who are we kidding) pints of Guinness and the Sunday trad session at PJ O’Brien’s is starting to look like a very appealing option.

Yes, it might sound like an odd thing to do, but from the 12th –  17th March, The Mercantile will be showing the winner of their poll to find the best Irish movie of all time. The winner is ‘The Snapper’ a film about a Dublin family and an unexpected pregnancy. It’s a great show, but you’ll have to get to the Mercantile on Monday evening if you want to see it.

Whatever it is you’re doing next weekend for St. Patrick’s Day we at Montagio would just like to say ‘good health to you’ or ‘Sláinte’ as they say back on the Emerald Isle.