How to Rock a Double Breasted Suit

There's more than one type of men's business suits, each with its own personality, advantages and disadvantages. Single and double-breasted suits come in a wide range of fabrics, patterns and colours and many times, the choice between one style or the other comes down to a matter of preference. Other elements, however, may factor in as well. 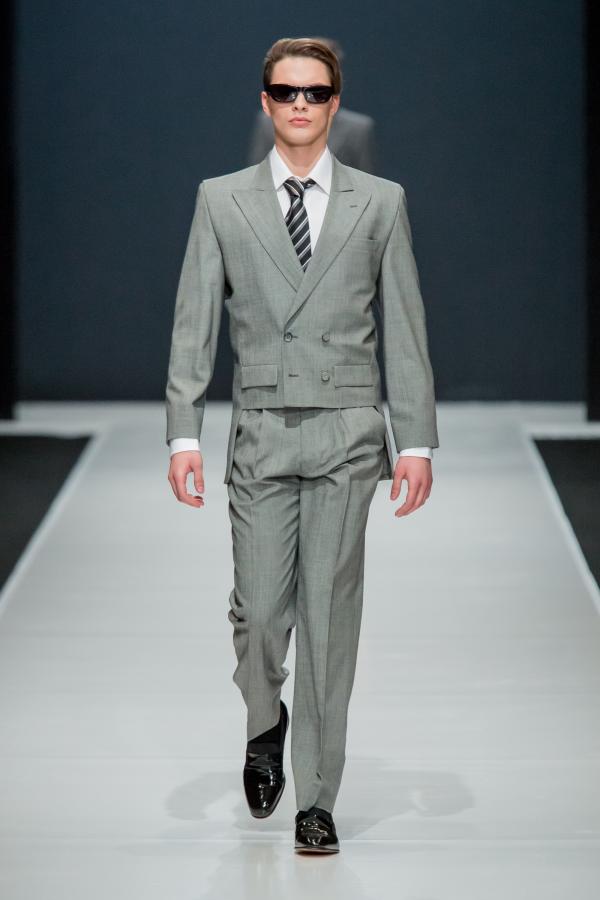 For example, it's easier to get a good fit in a single breasted suit, and it is perceived as more versatile because you can wear it more often. However, don't discount the double-breasted suit too quickly because if you're the guy who loves being the center of attention, this snappy style was made for you. 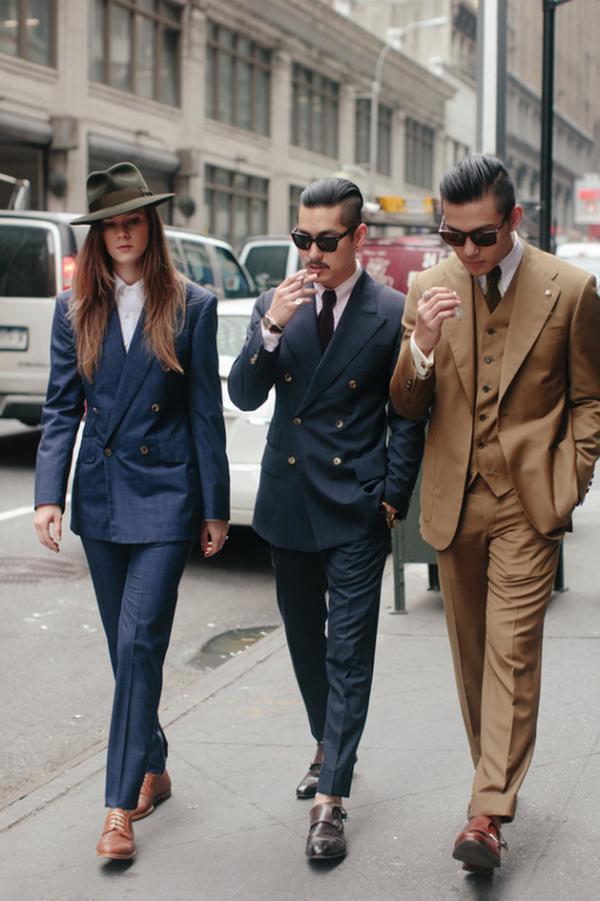 Here's a look at the pros and cons of both so you can decide which is best for your needs.

Wearing a double-breasted suit without neckwear is a fashion blunder. Always wear them with bow ties or neckties. 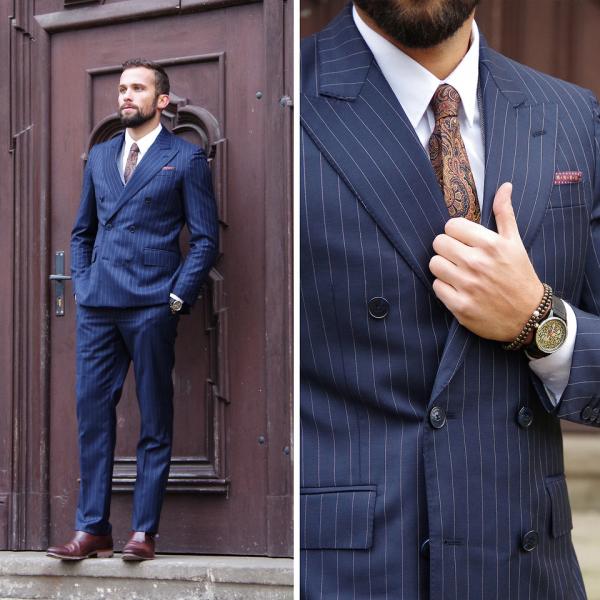 A necktie's width is always determined by the jacket's lapel. Since average lapel widths range from 3.375 – 4.25 inches, a necktie within the width range of four inches is a safe bet. However, since the jacket conceals most of the tie, the tie's knot will stand out. Therefore, take care to compress the knot to form a strong, inverted ‘V'. Otherwise, since the tie's knot is close to your face, it's a visible blunder that won't go unnoticed.

Select a pocket handkerchief carefully because it is conveying a message to others. A pocket square is a more powerful and noticeable accessory when worn on a double-breasted jacket because of the reduced visibility of the shirt and tie.

If you've never experienced the debonair look of a double-breasted jacket, you've been cheating yourself in the fashion department. Stop by our Sydney showroom to browse some styles for inspiration orschedule a private consultation with one of our style experts.