The cornerstone of a man’s wardrobe is the suit, of course. The suit’s personality is defined by its jacket. The fit, the style, and the finishing details work together to produce an extraordinary look. Here’s an in-depth look at the suit jacket’s creation process.

The noticeable aspect of a men's jacket is whether it is single or double-breasted.

Single-breastedbusiness suits for men feature one row of buttons on the front with jacket flaps that overlap just enough to permit buttoning. 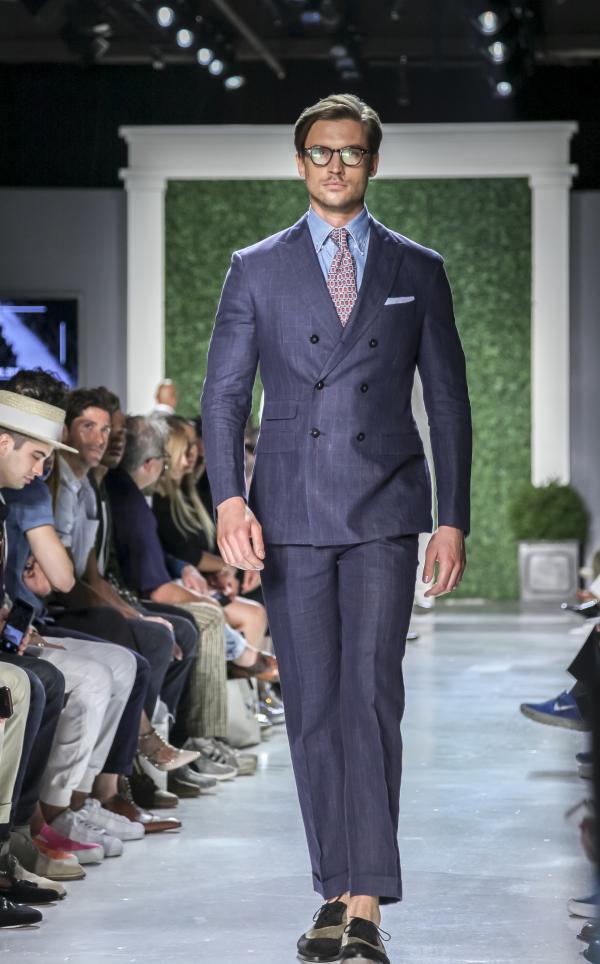 Double-breasted suits have two rows of buttons with a front overlapping to allow the attachment of either flap to the buttons on the opposite side. Choosing between these options is a matter of personal taste.

The pupose of the suit jacket, business shirt, and tie is to frame and flatter your face to attract attention to it. So, it is here that shoulder width plays an important role. 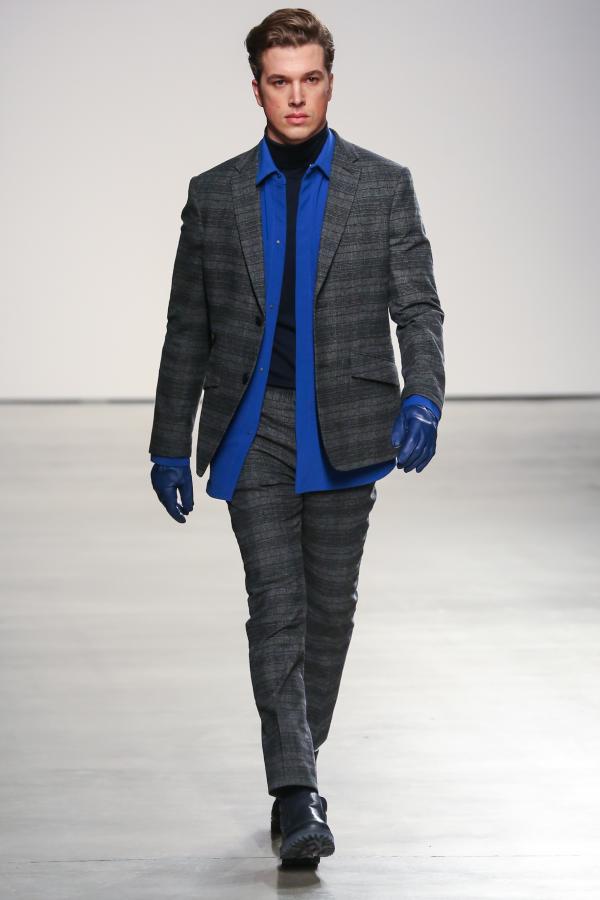 Wide, excessively padded shoulders shorten the neck so the head looks smaller. Similarly, non-padded, narrow shoulders make the head look larger. The ideal look for most men is for the shoulders to be natural and supported even as they incline upwards. Additional padding can be added judiciously to produce a more confident, commanding appearance.

Suit lapels are attached to the jacket shoulders and stretch downwards to where the buttons begin. Moderate width lapels are a timeless style and always in fashion:

The waist buttons start where the lapels end. Depending on whether the jacket is single or double-breasted, it will feature one or two rows of buttons respectively. A single-breasted jacket will have approximately one to four buttons while a tuxedo will usually have one button.

Traditionally, you would button the middle or second button of a three-button jacket; if the occasion is formal, then the top two buttons can be fastened as well.

Two-button suits show more of the shirt and the tie and consequently, create a slimming effect. Except for one button jackets, only the top button of a two-button suit is fastened.

A jacket that is too short draws attention to the undesirable portions of the wearer's body while one that is too long gives the wearer a dwarfed appearance. Since modern fashion trends have led to men wearing their pants at the hips rather than at the waist, most men opt for longer jackets.

The waist button of a properly fitted jacket will be just below the wearer's actual waist. It will also have sleeves that leave room for 1/2 - 1” of the wearer's shirt cuff to be visible.

A simple way to figure out if the jacket is long enough is to curl your fingers at the second knuckle around the bottom of the jacket. If the jacket's hem reaches where the fingers join the hand, it is a proper fit; if the hem touches the curled fingers or bunches up, the jacket is too long.

Another technique involves measuring the jacket from the top of the spine to the floor and dividing in half. However, these methods do not take into account any specific variations.

A jacket's sleeves should be fitted to the specific dimensions of the wearer's arm and should taper as necessary to avoid the appearance of flaring out towards the hand. Wide cuffs allow for free movement, though they should not be so wide as to hang loosely when the arms are raised. Equally, they should not be so narrow as to resemble the elasticised cuffs on rain jackets.

As you can see, there's more to creating the perfect suit jacket than meets the eye. However, perfect fit is the key to looking good in your clothes, and while it is time and labour intensive to produce a perfect suit jacket, we feel it is well worth the effort.

You can explore suit jacket styles and options by visiting our onlinemen's business suits style gallery or by popping into our Sydney showroom. We are eager to suit you up in sartorial style!