A perfectly fitted and styled suit flatters the wearer and imbues him with power and confidence. However, creating that illusive garment requires more attention to detail than picking fabric and choosing a design.

You also need to fine-tune the extraneous details that make your suit stylish and complete. Nobody said it would be easy; here’s the lowdown on how it all comes together.

Jacket sleeves with buttons are an important part of the jacket's trimming. Men's business suit jacket sleeves usually feature four buttons. These should match the waist buttons and be placed with a half-inch or so of the hem. 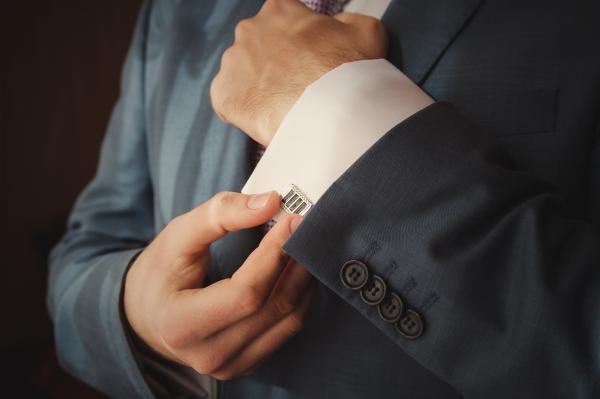 On some higher quality made-to-measure jackets and bespoke suits, the sleeve buttons are functional. While they may not be used, they are a subtle reminder of the jacket's quality.

Jacket pockets come in different varieties, each providing its own level of formality:

• Jetted pockets: These are the most formal. The pocket is sewn into the jacket's lining and only a narrow horizontal opening appears on the side of the suit jacket. Frequently found on formal wear, they add to a sleek, polished appearance by virtue of being nearly invisible.

• Flap pockets: Although they are slightly less formal, they are perfectly acceptable in all situations where a man wears a suit jacket. Identical to jetted pockets, they include a flap sewn into the top of the pocket that covers the pocket's opening. 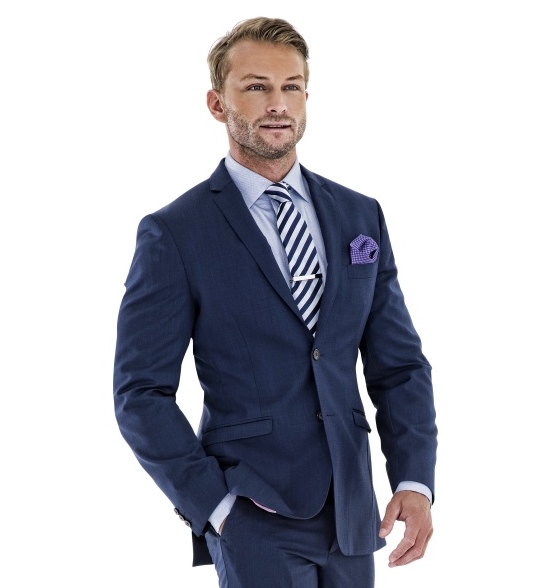 These are the most common pockets and are fabricated in the best quality mens suit's. This style allows the wearer to tuck the flaps inside and mimic the jetted pocket.

• Hacking pockets: These diagonally cut flap pockets can be seen on bespoke suits and are traditionally associated with riding clothes.

• Patch pockets: Created by applying a patch to the outside of the jacket, these pockets are the least formal in nature. Hence, they can be seen on summer suits and sports jackets. 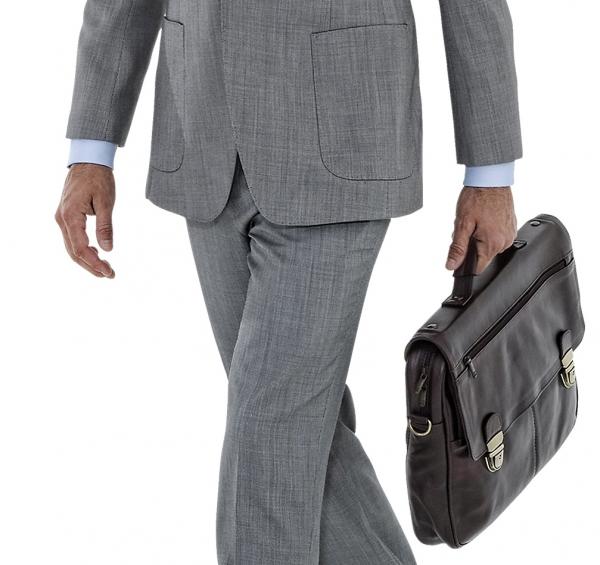 While the outside pockets on most jackets are functional, placing large, bulky items in them will distort the silhouette. Keep keys and sharp objects away from the jacket pockets as they can damage the lining and riddle it with holes.

Sometimes, men's suit jackets offer a small ticket pocket above one of the side pockets. This is rarely used nowadays and is merely indicative of the suit's quality. 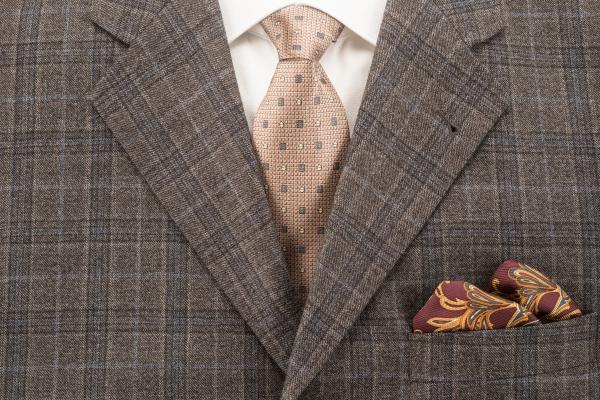 The breast pocket always remains open and is only used for a handkerchief or a pocket square. This is to avoid distorting the suit's silhouette and also to avoid giving the wearer an uneasy feeling as objects in the breast pocket will slide towards the wearer's ribs.

Some jackets feature inner pockets on either the left side or on both sides. While these are large enough to store wallets, card cases and so on, as mentioned before, bulky items can end up distorting the silhouette of the jacket.

Jacket vents are flap-like slits in the bottom of the jacket that accommodate movement and provide easy access to the trouser pockets. Men's suit jackets have three vent styles: centre, side or none. Ventless suit jackets can be seen on Continental suits and while they provide a very sleek look to the jacket's back, they can wrinkle when the wearer sits down.

Centre-vented jackets can be seen on American suits. They have a single slit at the back and allow the jacket to expand at the bottom when sitting. Side-vented jackets have vents on either side, usually just behind the trouser pockets. They facilitate sitting and move as needed to prevent the rumpling of the back of the jacket, as this leads to creasing.

Most jacket lapels include a button hole on the left lapel, an inch below the gorge, which is usually sewn shut. The best men's suits will have a small fabric loop on the underside of the left lapel, just below the button hole. This is for facilitating the boutonniere, which is a small flower worn on the lapel (usually restricted to special occasions such as weddings and funerals). Wearing a boutonniere regularly can be viewed as a bold, yet elegant choice. 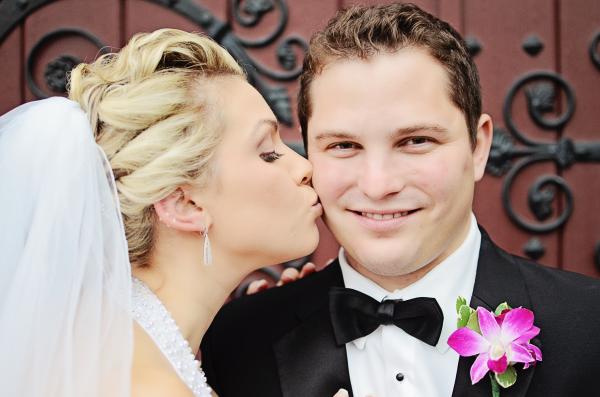 You probably never imagined the amount of finishing details your suit jacket undergoes, but now that you do, you have a better appreciation for the skill required to produce that "perfect" suit jacket. At Montagio Custom Tailoring, we pride ourselves on making top quality suits that fit you like a glove. Stop by our Sydney showroom or browse ouronline style guide for more inspiration.